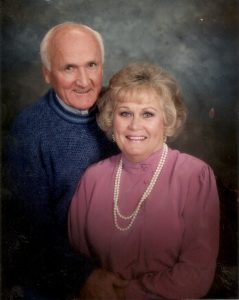 Paul Smith was ordained into the Gospel Ministry in 1951. His undergraduate degrees are from Life Pacific College and Azusa Pacific University. He earned a Masters Degree from Chapman University.

Paul served on the faculty of Victor Valley College and taught history and political science for over 15 years.

When Pastor Paul became director of the Calvary Chapel Twin Peaks Bible College the MCA was passed on to members of the “House Minstries”. During the late 70’s Calvary Chapel of the High Desert was established under the MCA due to the hunger to have the Spirit move through a local Calvary Chapel.

Paul continues to be sought after and loved as a pastor’s pastor. Paul and his wife, Ruth, have been married since 1948. They have three children, seven grandchildren, and two great-grandchildren. Paul and Ruth live in Southern California’s picturesque high desert in Lucerne Valley. They both continue to energetically respond to teaching invitations both nationally and internationally.